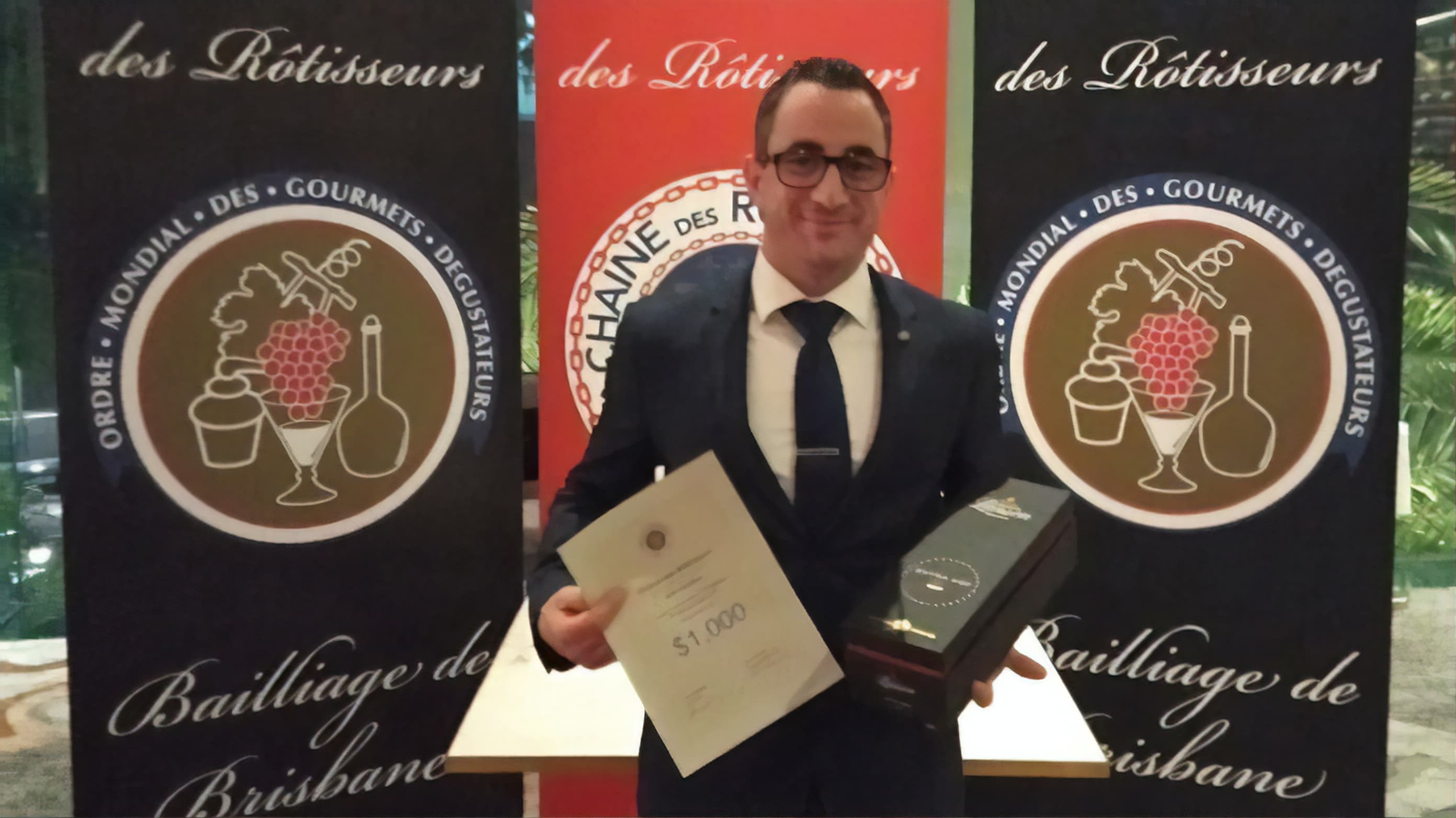 We are proud to announce that the NSW Regional Young Sommelier of the year has been awarded to our very own Assistant Sommelier, Riccardo Molfetta having completed a written theory test held in Sydney on 15 April 2019. The Theory section consisted of a written exam requiring knowledge in all areas of wine production, laws, viticulture and vinification, as well as spirits, beers, ales, ciders, port and sherry tastings.

Riccardo originates from the Southern Italian region of Puglia where he developed his interest in wine from an early age, growing up where there was always a bottle of wine on the family table. Before excelling in his position at Jonah’s he worked as a sommelier in the UK and the US for a number of years at the Maine Relais and Chateau property- The White Barn Inn. Riccardo strives to continue learning about lesser known international wine and spirits and hopes to one day oversee a wine program that encourages others to discover these unusual and rare grapes.

La Chaîne des Rôtisseurs is an international gastronomic association, headquartered in Paris. It has over 25,000 members in 70 countries worldwide. Since 2007, La Chaîne has held this annual International Jeunes (Young) Sommeliers Competition to offer young sommeliers (under 35) like Riccardo an opportunity to present their skills under highly competitive, intense and gruelling testing conditions to gain credit for their expertise.